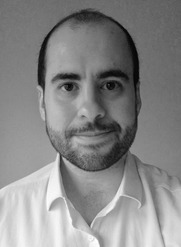 Jesús Rubio is a Theoretical Physicist working at the University of Exeter. He joined the Quantum Non-equilibrium group as a Postdoctoral Research Associate in October 2019, to work in the precise estimation of free energies with Prof Janet Anders and Prof Frank Vollmer.

In July 2020 he was promoted to Research Fellow. He is currently developing measurement strategies for quantum technologies and other AMO platforms. These include a Bayesian framework for global thermometry, which he is exploring with Dr Luis A. Correa in the context of open quantum systems, as well as the theory of quantum scale estimation.

His current work at Exeter follows the completion of a PhD in Physics at the University of Sussex. There, he devised optimal strategies for quantum metrology and estimation with finite (and possibly limited) resources, identifying a range of fundamental precision limits in optical interferometry and qubit networks. He wrote the thesis Non-asymptotic quantum metrology: extracting maximum information from limited data, which he successfully defended in September 2019. His supervisor was Prof Jacob Dunningham, and he regularly collaborated with Dr Paul Knott.

In 2014 he completed a MSc in Theoretical Physics at the Institute of Theoretical Physics of the Autonomous University of Madrid. He specialised in particle physics and cosmology, with a dissertation in quantum information theory. He also collaborated with Prof Alfredo Luis Aina, his former undergraduate supervisor at the Complutense University of Madrid, in order to study the relationship between quantum and classical relativistic dynamics using semi-classical techniques.

Last but not least, in 2008 he completed the Spanish Baccalaureate at the IES León Felipe. This gave him the inspiration and basic tools to start the path that would lead him towards his current academic goals.